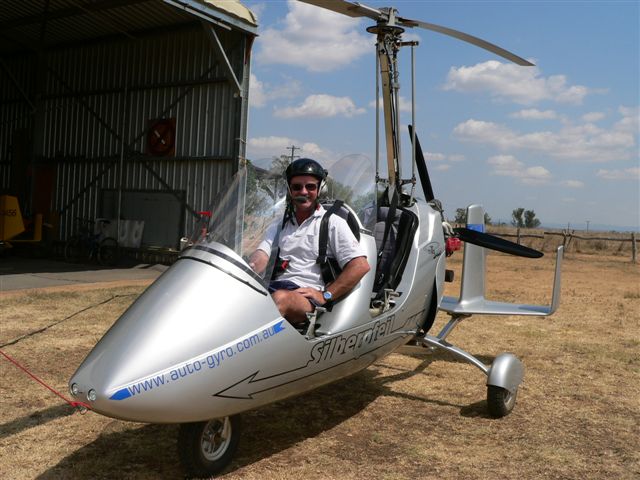 Neil has a background in fixed wing ultralight aircraft and after an energetic TIF ride was bitten by the gyro bug with full conversion following very soon after.

Operating from SkyRanch and the beautiful Lake Keepit near Manilla in NSW (AutoGyro Australia’s home base), Neil offers Trial Instructional Flights (TIFs) as well as full time pilot training and is very keen to introduce people to the wonderfull world of autogyro flight.

New owners also have the option of completing their training in their own aircraft after purchase.

Cabin or caravan accomodation is available at the nearby Lake Keepit State Park which has a licenced kiosk and essential grocery supplies.